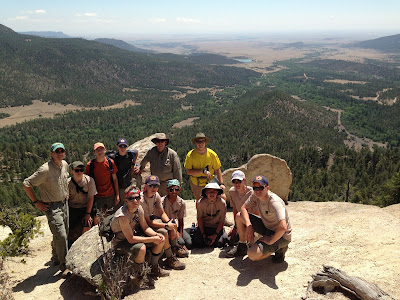 Since our return from Philmont, the story of our trek has been featured by several news organizations in the Auburn area. The article, written by Saugahatchee District Communications Chairman Michael Tullier with input from several crew members, was featured in print this week by the Opelika-Auburn News and The Auburn Villager. The article also appeared online on the WANI 1400 and the Saugahatchee District websites. Links to the article are available on our expedition webpage, including a PDF version as well. Our thanks to Michael and the District leadership for their support of the trip and in promoting Scouting overall. I should think a multi-page spread in Boy's Life or Scouting magazine will be the next step in our fifteen minutes of fame!

Posted by Scoutmaster Baird at 9:57 AM 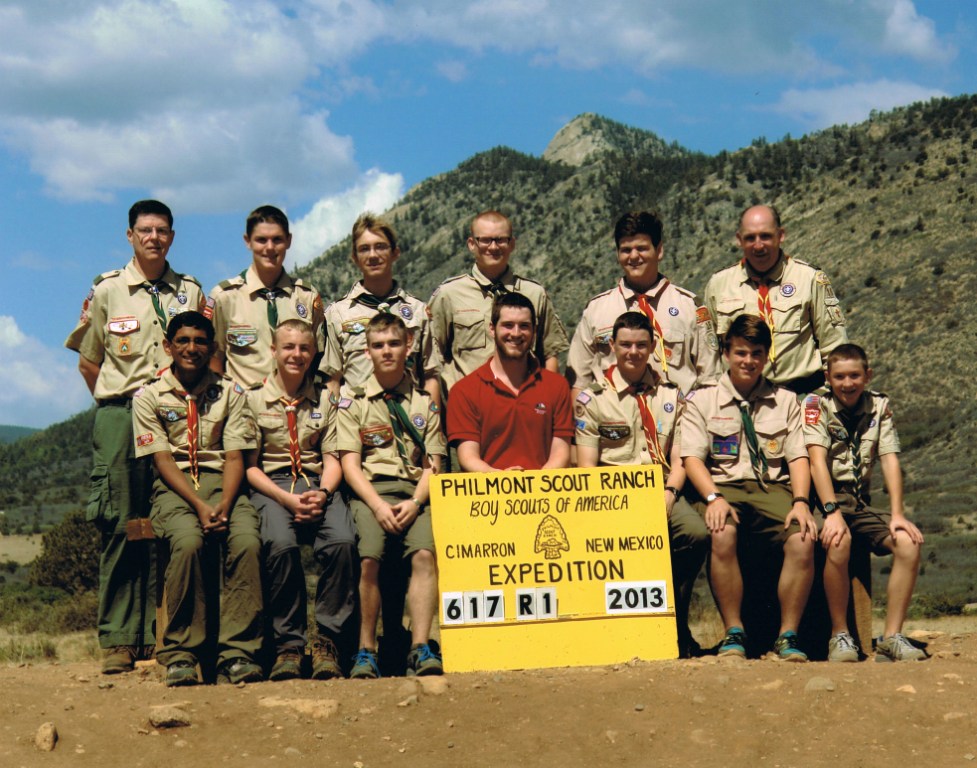 We arrived home safely Saturday evening from Philmont and Jimmy and Jake Camp drove in from New Mexico with our gear on Sunday evening. The washing machines are churning away in a vain attempt to make our clothes clean again. All of my photos from the trip have been added to the online photo album along with captions. More photos are sure to be added later.

My thanks to all of the parents and others who supported this trip. It would not have been possible without your help and perserverance. Special thanks to Jimmy Camp for hauling our gear across the country and back. Most importantly, my thanks to Brian Moore, who served as my co-advisor and hiked every step of our 85 miles across Philmont. Such dedication is admirable.

I also want to thank the scouts who made this a great trip. Each one contributed greatly as part of the team. They worked hard and kept it fun. They should be proud of what they accomplished. I know I am proud of them. In future years, I hope they will return as participants, staff members, or advisors. Philmont embodies all of the great aspects and values of scouting. The best parts of Philmont are now a part of us. 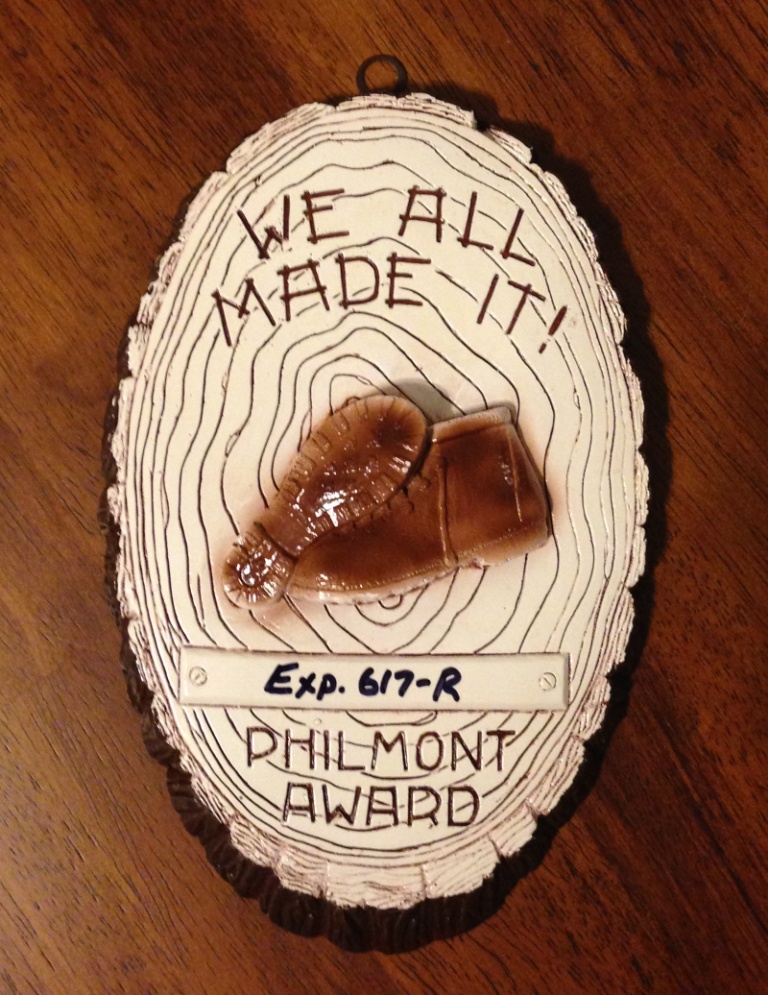 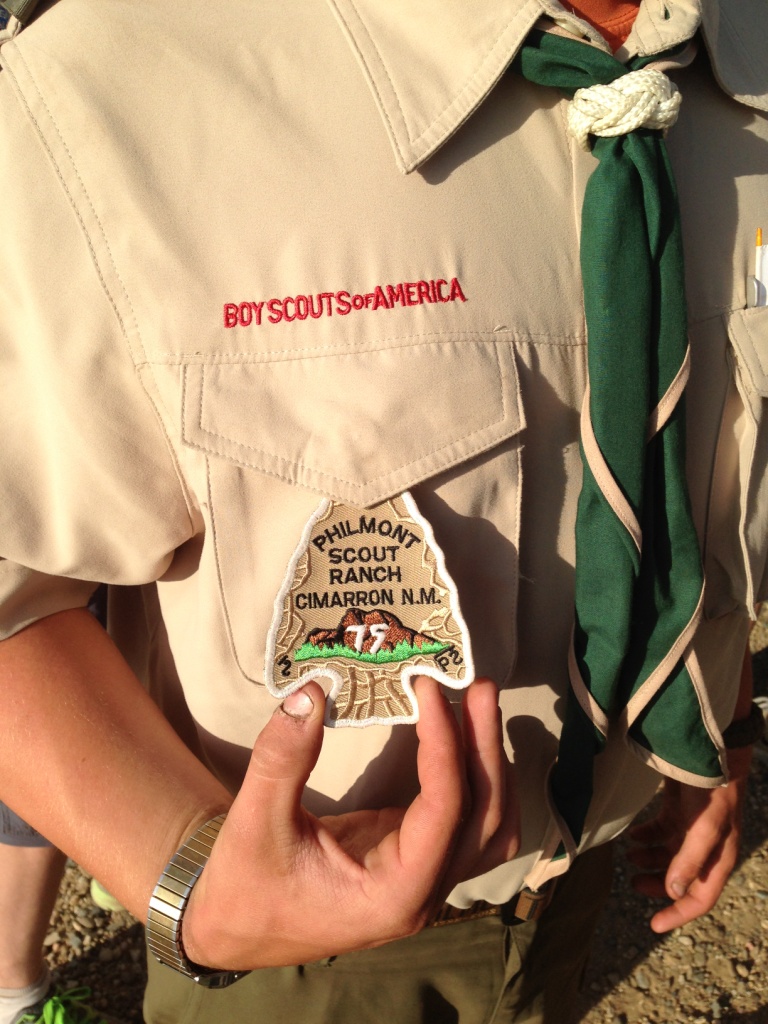 Posted by Scoutmaster Baird at 12:21 AM 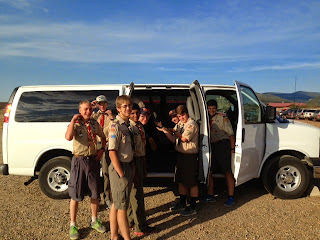 Mr. Camp met us at Philmont this morning and we loaded all of our gear for home. After breakfast, we loaded up in the van and after an unscheduled stop in Cimarron, it was on to Denver. We are now at the airport and the boys are out scouting for food. Based on what they have been buying to eat, I don't think their skinny jeans will fit for long.
Posted by Scoutmaster Baird at 3:01 PM

We all made it! 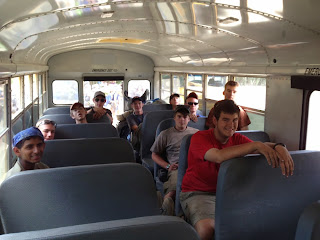 We have made it back to base camp. The bus picked us up at the Ponil Turnaround at about 12:45. After our arrival at base camp we checked in, cleaned up, turned in our gear, and hit the trading post. We are now getting ready to attend the closing campfire.
Posted by Scoutmaster Baird at 8:45 PM 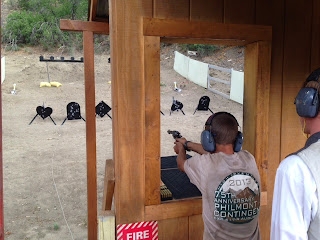 I am beginning to despair of ever finding a signal so that I can send out these posts. They may come as a flood once we are off the trail.

This morning we left Cottonwood, which the boys had dubbed the Valley of Death due to the heat. We passed through Indian Writings (which has the only active archeological site on Philmont property) and headed up over Hart Peak, a mere 7,900 feet of elevation. We arrived at Ponil just after lunch. Ponil was the site of the original base camp in 1938 when the property was called the Philturn Rocky Mountain Scout Camp (the name was changed back to Philmont in 1941). It is appropriate that we finish our 75th anniversary hike here.

Ponil is one of the largest staff camps and it has quite a few activities. Our first stop was the cantina for some cold root beer. There is also a commissary and general store, calf roping, shooting, horseshoes, branding, and horse rides. Most everyone now has a hat or boot emblazoned with the Philmont brands. We also shot replica Colt, single action pistols at the range. Everyone had the opportunity to fire five rounds at a variety of targets. For supper we had a chuck wagon dinner of beef stew and biscuits. The last event was the cantina show, which featured a variety of songs played on guitars, mandolin, piano, upright bass, and even a trumpet. After the show ended, several of us stayed around while the staff continued to jam and even dance. Unfortunately, they did not know Sweet Home Alabama.

Tomorrow morning on our last day, we will be riding horses in the morning after a pancake breakfast at the chuck wagon. After that, we will hike down to the Ponil Turnaround to catch what the boys have called the "freedom bus" back to base camp.
Posted by Scoutmaster Baird at 2:37 PM 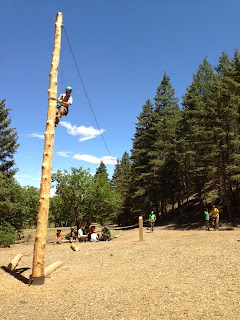 Since we crossed over the Cimarron River into the north country, we have camped in a series of staffed camps. This has afforded us access to purified water, trash bins, better latrines (although that is subjective), and more program time. We have not yet seen any showers, however. With the continued lack of rain, everything and everyone is covered with dirt. Some of the boys are almost unrecognizable as the scouts they used to be. Parents should be prepared for laundry that may take industrial strength machines to handle.

We stayed for two nights at Miranda, home of the mountain fur trappers and the fabled Mountain Man Rendezvous "Y". We shot .50 caliber black powder rifles, threw tomahawks, and played mountainball with the staff. Mountainball may best be described as a form of baseball. The boys enjoyed it because it had no rules. On the same day we hiked over Baldy Mountain, we stopped at French Henry for gold panning (unfortunately, we came up empty) and a tour of the old Aztec Mine. There are over thirty miles of mine tunnels in the mountains around Baldy that date back to the beginning of the twentieth century.

Today we are in Pueblano, home of the Continental Tie & Lumber Company. We have climbed spar poles (pictured), cut railroad ties with hand tools, and played loggerball; which seems curiously like mountainball but the staff here has assured us that they do not cheat. Tonight, we have a company meeting to attend that includes music and skits for our entertainment. 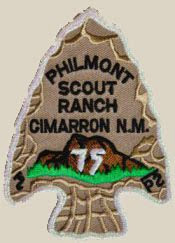 Expedition 617-R is a contingent from the Chattahoochee Council of the Boy Scouts of America, consisting of scouts and leaders from Troops 15, 50 and 128. We are visiting the Philmont Scout Ranch during the 75th anniversary year for a twelve day adventure covering eighty-five miles of backpacking in the Sangre de Christo range of the Rocky Mountains. Philmont is one of three high adventure bases currently operated by the BSA. The ranch covers 137,493 acres of wilderness at elevations ranging from 6,500 to 12,441 feet above sea level. Thirty-four staffed camps and seventy-one trail camps are spread throughout the backcountry. Philmont staffed camps offer a wide variety of program activities for hikers such as black powder rifle shooting, rock climbing, geocaching, horse rides, gold planning, and challenge events. A conservation project is also part of the trail experience. Information on our itinerary is found by clicking here.